Home BlogHow Far Is Too Far? 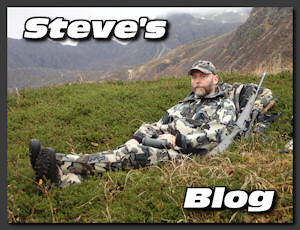 In my line of work I receive quite a few calls/emails from my customers.  I enjoy discussing their questions and give them honest feedback to the best of my ability.  A frequent and controversial topic that comes up is long distance shooting at big game.  Often times, it’s revealed the caller has never shot over 300 yards, but we’re discussing distances upwards of 3 times that far.  I have been told by many, they would never consider shooting that far unless it was the last day of the hunt and they had a trophy in the cross hairs.  I have always had a difficult time wrapping my head around this logic. Why the last day of the hunt and not the first?  For many, that last day long distance opportunity would be nothing more than a “Hail Mary” shot at best.  Especially if you’ve never shot that far and don’t know the capabilities of yourself and equiment.  I personally believe all animals deserve the respect to be taken as quickly and humanely as possible.  An accomplished and respected long range competitive shooter and I were discussing this topic several years ago.  What he shared with me may surprise you.  Here’s a guy that has nothing to prove because “He’s been there done that”.  He basically says he won’t shoot at big game at half the distance some people are considering.  The last thing he wants to do is wound an animal and not recover it.  When you’re hunting it’s not a paper target anymore.

The entertainment world is full of television shows/videos showing long range shots dropping animals in their tracks like they were hit with an anvil.  How often do you experience those results with your close range shots where your cartridge has even more energy?  So, how far is too far?  The reality is there’s not a set distance across the board.  We all have different skill levels and abilities.  Different conditions call for an adjustment in what our maximum range may be.  My suggestion is to get off the bench and practice shooting from field positions at various distances and perfect your skills.  Keep in mind shooting at a paper target with a resting heart rate is entirely different than shooting at game from a field position with your heart about to pound out of your chest.  So, how far is too far?  Only you can answer that question.  Just be honest with yourself.

Your email is safe with us.

We're currently offline. Send us an email and we'll get back to you, asap.

Rifles that SHOOT as good as they LOOK